Hamas headquarters in Turkey was coordinating Hamas terror operations in the West Bank and Israel. This alarmed the Israelis. When Israel asked NATO to look into this matter. NATO, which Turkey is a member of, is at war with Islamic terrorists and denied any such Hamas activity. Yet it’s no secret that Hamas is active in Turkey, under the guise of being an “Islamic charity.” source: http://www.strategypage.com/htmw/htterr/articles/20141218.aspx 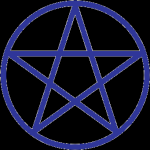 The real Santa Claus, St. Nicholas, was Archbishop of Myra in Lycia, which is in present-day Turkey. source: http://www.jihadwatch.org/2013/12/turkey-muslim-group-launches-anti-santa-campaign-claims-celebrating-christmas-a-blow-dealt-to-muslim.html

A man in the southeastern province of Diyarbakır, Turkey, called police to inform them that he was murdering his wife, just a day after she gave birth to her second daughter. source: http://blazingcatfur.blogspot.co.uk/2014/06/i-am-killing-my-wife-right-now-man.html

With medical supplies depleted in the war-ravaged north Syrian town of Kobani, Kurdish activist Blesa Omar rushed three comrades wounded in battle against ISIS fighters straight to the border to dispatch them to a Turkish hospital. He spent the next four hours watching them die, one by one, from what he believes were treatable shrapnel wounds, while Turkish border guards refused to let them through the frontier. source: http://www.dailystar.com.lb/News/Middle-East/2014/Oct-14/274021-anger-as-wounded-syria-kurds-die-stranded-at-turkish-border.ashx

Amid increasing doubts about Turkey’s loyalty to its NATO allies, the jihadist group ISIS has opened a consulate in the Turkish capital, according to a Middle East expert who monitors jihadist activity in the region. The consulate in Ankara, apparently open with the tacit permission of the Turkish government, is issuing visas for those who want to join ISIS in its fight against the Syrian and Iraqi governments... The ISIS consulate is in the Cankaya district of Ankara, operating freely..., giving the ISIS caliphate the political recognition normally afforded a country... Bilal Erdogan, son of Turkey’s newly elected Islamic president, Recep Tayyip Erdogan, is working with Yassin al-Qadi, a Saudi businessman, who last year was linked to al-Qaida. He is on the U.S. Treasury Department’s Specially Designated Global Terrorist list... Qadi now is in the ISIS leadership. Requests to the Turkish Embassy in Washington and the State Department for comment regarding the allegation ISIS has opened a consulate in Ankara and Balil Erdogan’s relationship with Qadi went unanswered... ISIS cash flow relies on Turkey, despite international requests from 30 nations in Paris to cut off such funding by “whatever means necessary” to defeat the jihadist group. Through Turkey, ISIS makes almost $30 million a month selling black-market Iraqi oil at less than half the global market rate. The primary recipient of the cut-rate oil is Turkey... Turkish companies also are heeding a call by ISIS to invest in areas it has taken over in Iraq. Turkey’s minister of economy, Nihat Zeybekci, expressed interest in encouraging Turkish businesses to invest in ISIS-occupied portions of Iraq... Bilal Erdogan not only has ties with ISIS but also is on the board of Turkey’s Foundation for Human Rights and Freedoms and Humanitarian Relief, or IHH, an Islamic charity. IHH has a history of helping extremist groups, including the Muslim Brotherhood and its affiliates worldwide... IHH is financed by Qadi. It is an affiliate of the Saudi-based “Union of Good,” which is chaired by Sheik Yusuf al-Qaradawi, an Egyptian scholar who also is chairman of the International Union of Muslim Scholars. Qaradawi is known for his inflammatory remarks toward Israel and is a major advocate of suicide attacks, especially in the Israeli-occupied areas of Palestine. Like the Erdogans, Qaradawi opposes Assad. The State Department also has listed the Union of Good as a Foreign Terrorist Organization. Turkey’s parliament, however, is concerned about the Erdogan government’s ties to ISIS. In a letter to Erdogan, members of parliament alleged that the government was supporting the jihadis, helping to facilitate their travel at border crossings into Syria from Turkey and providing truckloads of weapons while offering health care at Turkish state hospitals for wounded ISIS fighters. In the letter, the parliament asked for an official explanation of the Erdogan government’s ties to ISIS and its knowledge of IHH activities. The government never responded. source: http://www.wnd.com/2014/10/source-isis-opens-consulate-in-nato-members-capital/

During a meeting with U.S. Secretary of Defense Chuck Hagel at the Pentagon on Tuesday, Israeli Defense Minister Moshe Ya’alon sharply criticized Turkey for lending substantial support to Hamas. “Turkey is playing a cynical game,” Ya’alon asserted to Hagel. “Hamas is supported by Turkey and Qatar. Hamas has two terror headquarters — in Gaza and in Istanbul.” “Hamas moved its terror headquarters from Damascus to Istanbul, in Turkey, a NATO member,” Ya’alon elaborated, “where it is represented by Saleh al-Arouri, who orchestrates terrorist attacks against Israel from there and attempted to instigate a coup against [Palestinian Authority President] Mahmoud Abbas in Judea and Samaria.” source: http://jpupdates.com/2014/10/22/israeli-defense-minister-yaalon-hamas-now-uses-turkey-terrorist-headquarters/

Hakan Fidan is the head of Turkey`s National Intelligence Organization... “ISIS is a reality and we have to accept that we cannot eradicate a well-organized and popular establishment such as the Islamic State; therefore I urge my western colleagues to revise their mindset about Islamic political currents and not be cynical at all,” said Mr. Hakan Fidan during a press conference in Istanbul on Wednesday. Fidan added that in order to deal with the vast number of foreign Jihadists craving to travel to Syria, it is imperative that ISIS must set up a consulate or at least a political office in Istanbul... Hemin Hawrami, a Kobani-based senior Kurdish official said that Turkey's Erdoğan and his oil-rich Arab allies have dual agendas in the war on terror and as a matter of fact they are supplying the Islamist militants with weapons and money. Hawrami who was speaking via Skype highlighted the danger of Turkish-backed terrorist groups and added that what is happening in Syria cannot be categorized as a genuine and popular revolution against dictatorship but rather it is a chaos orchestrated by Erdoğan who is dreaming to revive the infamous Ottoman Empire. source: http://www.mathaba.net/news/?x=634115

Prime Minister Recep Tayyip Erdogan’s Turkey leads the world in jailing reporters and is engaged in “one of the biggest crackdowns on press freedom in recent history,” the Committee to Protect Journalists said. The Turkish government has criminalized basic news gathering activities, intimidated the press into self-censorship and imprisoned more journalists than China and Iran combined. source: http://www.bloomberg.com/news/2012-10-22/erdogan-s-turkey-is-number-one-in-jailing-journalists.html

In just seven years, however, between 2002 and 2009, the rate of murdered women in Turkey has increased by 1400 percent... Even in Turkey, considered one of the most "liberal" of Muslim countries, if you dare to discuss or criticize the teachings of Islam, you can be killed, arrested, attacked, exposed to social and psychological lynching campaigns, brought to court and given a prison sentence... On September 24 after being found guilty of "heresy" and "insulting prophet Jonah," Mohsen Amir Aslani, 37, an Iranian psychologist, was hanged in a prison near the city of Karaj west of Tehran, according to the Human Rights Activists News Agency. Aslani, it seems, had given religious classes where he provided his own interpretations of the Quran. In one of his classes, he apparently told his audience that Jonah could not have emerged from the whale's belly; it was this statement that led to his charge of insulting the prophet Jonah. source: http://www.gatestoneinstitute.org/4841/west-enchantment-islam

Pascal the puppy is left for dead after cruel children covered him in industrial glue and dragged him through mud in Turkey. source: www.dailymail.co.uk/news/article-3950184/